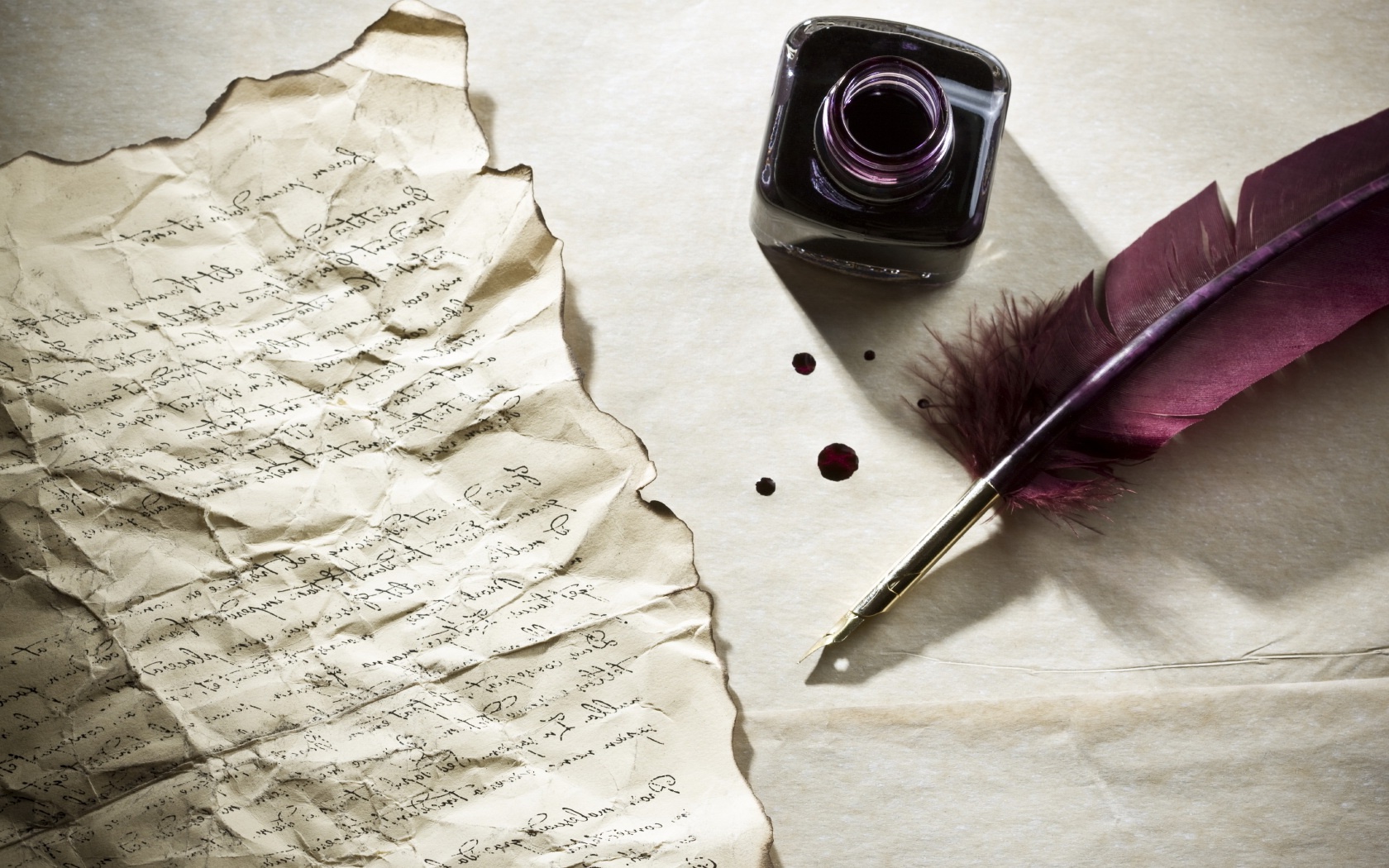 As a former boss of mine, the wordly-known blogger Robin Good from Italy, used to say: “people like lists on the internet”. That when Buzzfeed was still in its diapers and had no idea of flooding our social media timelines with 20 some things of this, 10 things of that… So, inspired by this “online truth”, I decided to tell you a little bit about these 32 years I’ve spent drooling about you being your fan. Wanna take a peek? Here we go…

1. We’ve come a long, long way together, through the hard times and the good… June, 1983. A ten-year-old girl called Letícia Castro, “paulistana” born to a Spanish family and who was REALLY into music, would spend her afternoons singing all of her mom’s Julio Iglesias albums (and they were a lot!), glued to the songs sheets, with the clear intention to devour the language of Cervantes. Mind you, that same little bracket, very bright one, had “discovered music” via Paul McCartney, while playing on her grandma’s living room rug when she first heard the chords to Michele in a TV show. What an epiphany! Her world turned upside down, although she did not know quite what to do with it at the height of her third year of life… Anyway, what she also discovered that day was that music was her thing and she wanted to speak like that lad in the song…

Back to ’83, her brother, who was sixteen (but not Christine… Haha! You kinda laughed at it, confess…), used to listen to some noise around the house. It would come from all over the world: England, Australia and the yankee’s land, that big country up in the North. She might have already heard some “rock’n’roll all nite” thing by then, but, yeah… Julio was more appealing. Then, at some point of that year, Fabio (who really resembles you, I think…) began to be more excited than usual (although mom is the normally EXCITED member of the family) about a band that would come to Brasil for the first time. They had masks on and all I knew was that THEY COULD NOT BE SEEN without them – which, of course, became an obsession to me. Long story short, and in came June, you guys appeared, I looked at you and realized I was meant to be straight and to love hairy chests.

2. Which leads us to this point in that I’m forced to make a statement: every man I have loved in my life has had hairy chests! No, it’s a lie, but they’ve surely passed through the PaulStanley-you-can-be-with-me criteria. That includes lots of things (for the hope of the hairless guys out there), such as: your astrological sign (I’m high on Capricorns), the obvious hairy chest (or a beard or some furry abs, you know…), the color of the hair, being from NY (I haven’t had that one yet…), being Jewish (yeah! totally pro-semite!), etc., etc.

3. My first album was – obviously – Creatures of the night, the one you promoted here during your first Brazilian tour. I would play it ALL DAY LONG (when off school, of course) inside my room, all by myself, only to have my dad open the door every now and then to ask “WHAT THE HELL IS GOING ON HERE?” due to the loud music and me singing like an uncontrolled little soprano beast.

4. My dad (poor guy!) also had lots of his friends coming up and saying: “Don’t let your daughter listen to those guys! They’re evil! Their name stands for Satan’s Knights something and don’t forget that, in their concert, they kill small chicks by stepping on them on the stage!”. Were you acquainted with this regional legend? Yeah, Brazilians went far with their creativity. According to them, you guys were not really helping the bird food industry and needed to be urgently banned.

4. My safe conduct finally came when other friends of my dad’s (God bless them for all eternity!) came to rescue me with this invincible rhetorical speech: “Isn’t she the brightest student in the class? Isn’t she a good daughter overall? Is listening to those guys the only weird stuff she does? So, I don’t think you guys need to worry”. And then I got Destroyer and Lick it up for Christmas. (Amen!)

5. … which helped me go on with my English classes with you! I don’t think you ever saw that one coming (but if you have, don’t tell me, I like the illusion): you’ve been one of my English teachers.

The thing was, I had to sing like you (same McCartney drama), but I also wanted to know what you were saying, so I needed to UNDERSTAND you, too (see how REALLY bright I was?) and then I would always sing along having a dictionary by my side. You guys sang so fast, it was hard following you! But I would surgically push the needle back on the record to hear a speedy sentence again and to be able to phrase it perfectly. Lots, thousands of times. It worked.

6. And that led me to have once been told, when I was in New Orleans eight years later, that I had a New Yorker’s accent. Although I suspect they pretty much say that to everyone who won’t pray by the Southern Bible… 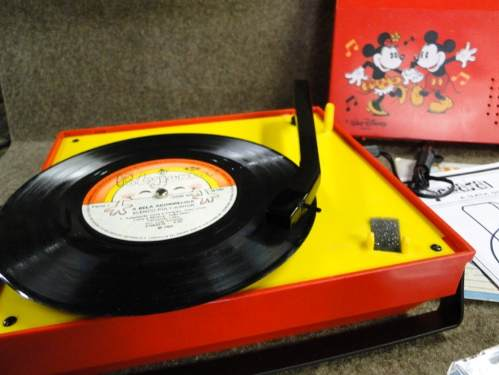 7. Talking about Americana, that’s the record player I used to listen to your sound. The vinyl was much bigger than the platter, of course, and it would cover the whole turntable. It was hard to move the needle to one specific soundtrack. Man, it was fun!:D

8. OK, I could sing and get the lyrics. Could I? No! I had no idea what you talked about. I mean, 10, right? So I made a deal with a friend of mine’s uncle (22 years older), “I’ll translate all the songs to you and you let me know what they mean, OK?”. Kinda awkward to him, lots of euphemism employed in those explanations… Right, I would have to wait some longer ‘till I really got a notion of those words…

9. By now I should make a pause to say that I’ve been a journalist for 19 years now, but I had never written anything like that before. I speak five languages, have written in all of them and have even produced a lot about you guys in the past, but never FYEO… <3

10. Also, as there’s no chronological order in this writing, I’d really like to tell you that you’ve been a role model to me all these years. I know that you get THAT one a lot, but just to highlight that I’m too a part of the statistics.

11. For example, lately I have lost almost 30 pounds (in the past three months) for this Meet&Greet. Did I do it for you? No. It’s a part of a lifetime journey. I’ve always had weight issues (Spanish families do know how to eat well, right?), been up and down the scales many times and in 2012, I decided to put an end to it. I had lost around 45 pounds by then, gained 17 throughout the next two years and then because of this M&G, I decided to go through the second moment of this process. Like a trigger (you little love gun of mine… ) to motivate me to stop procrastinating. This is all for better health in the future, but also to be ready to have a natural child, if God still allows me to (I’ll be a mommy anyway, since I’ve decided to adopt a kid if it’s too late for me, but I’d like to have the option of going through the natural experience and it’s much riskier when you’re overweight). I’m also writing a book on it (my second one) and the sweet, golden dream I want to reach is to be able to help other women like me to have their wake-up call and pursue a healthy life. By that I also mean mentally healthy life. I want to speak out to them and show them that they don’t have, in most cases, to undergo a stomach reduction surgery to get there. My mom’s been reduced and so has my brother, I didn’t want it for myself and that’s been my path. I’ve had psychological help, I have a coach, I go to the doctor for exams, I mean, it has to be a multidisciplinary team to defeat obesity and most people don’t know it. That’s where I see myself in the next five years, traveling the world, rescueing those women, if I can, looking straight inside their eyes and saying: “Woman, what’s YOUR problem? Let’s solve it”. You and I have been bullied a lot during our lives, right Paul? Maybe that’s why I relate to you so much. Who knows you could step on the project somehow and help me, along with the team I’ve been gathering? That would be diamond, I don’t need to say. I’ll let you know when the book is ready on Twitter and then we’ll see about it, OK?

12. About being bullied and everything… That Phantom of the opera thing was maybe the weirdest event in all these years. I sing too, always have (yeah, McCartney really has a strong modjo, rs) and one of my favorite pieces ever has always been the Phantom. Years ago, in the early 90’s, I guess, I would think: “Man, if there’s someone to play the Zorro, that’s Antonio Banderas. And Paul as the Phantom. Yeah, I’d love to see these guys in these roles, they’re so perfect for them!”. Imagine how surprised I was when both things happened. You can ask my ex-husband about that, if you don’t believe me, he was the one to hear that a lot and to be with me watching Banderas at the movies. But it felt so right for me that you could ever be the Phantom. And there you were, in 1999, playing this phenomenal role in Canada. While I played Christine in São Paulo. Yes, mister. The only difference is that I only came to know that you were doing the same I was at the same time months later. Serendipity, I like to call it.

13. DISCLOSURE: This was private content, allowed only to the intended reader.

14. https://www.youtube.com/watch?v=C6XwAfkh-8k Have you ever heard this song, Paul? They opened for you in São Paulo/2009. If you listen closely to the lyrics, it’s pretty much the same story you’ve heard from so many people. What can be different in this case maybe is that it brought along a very hard decision I had been waiting around to make. I am a person who deeply believes in unexpected events that turn our lives upside down. Some would like to call them “miracles”, I prefer to call them putting-you-where-you-belong kind of happening. And that’s exactly what happened. That night of April I reached a turning point which would change my life completely, but that’s something to tell you about in person next time I see you. By now, you should only know that je ne regrette rien.

15. And last, but obviously not least, have no doubt I will be with you until the last note. Although I believe that, by now, you already know that about me.